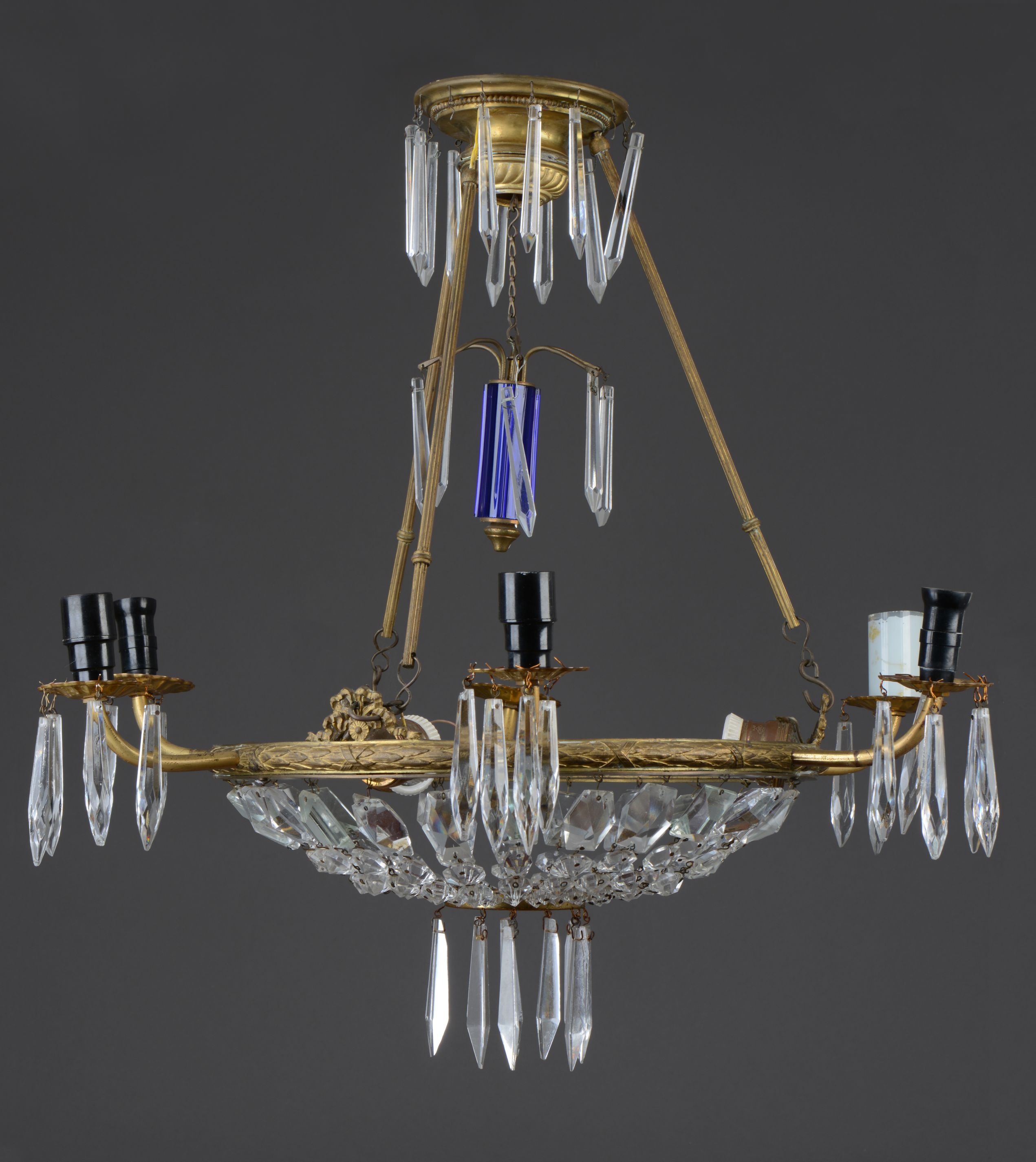 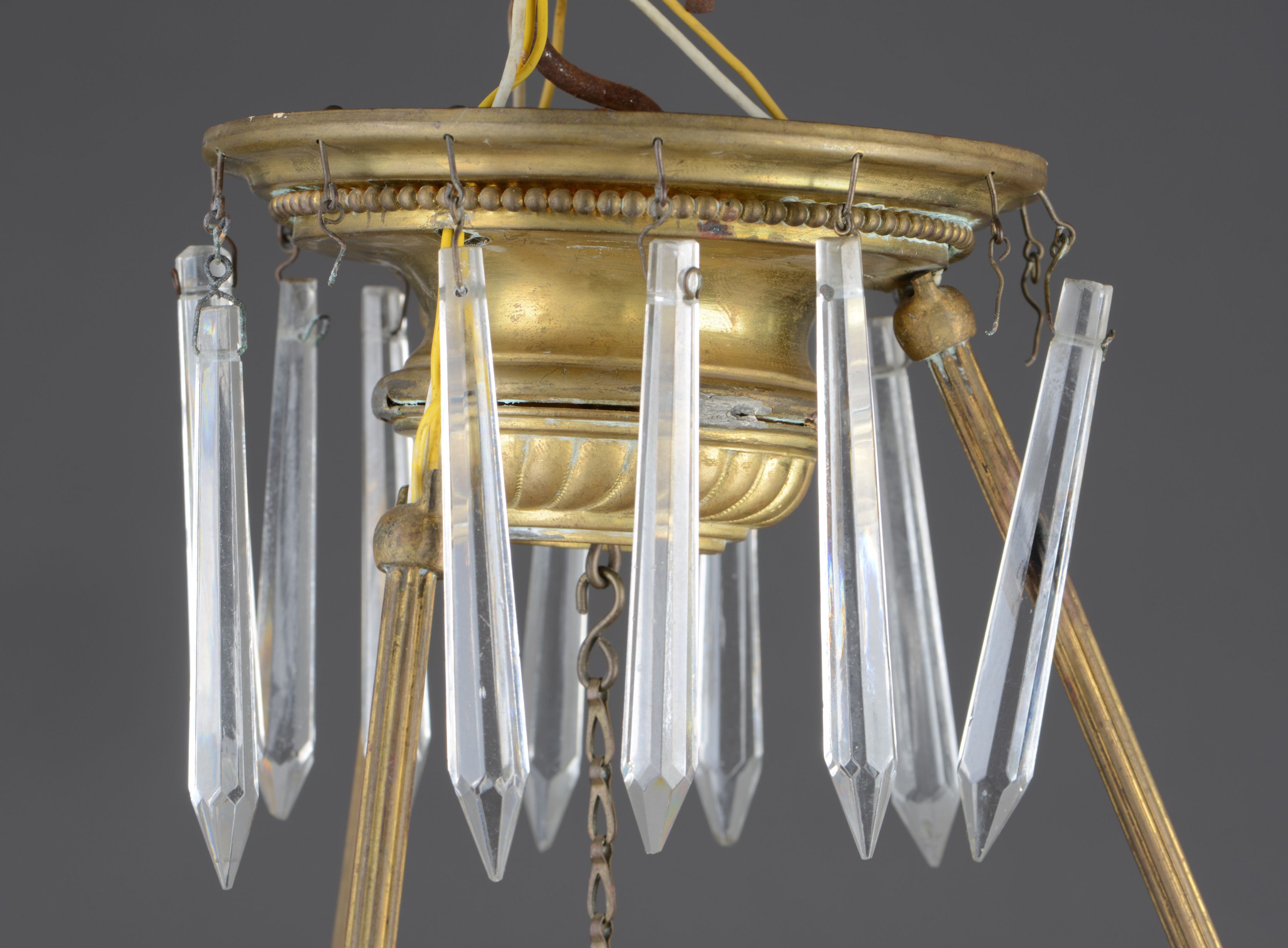 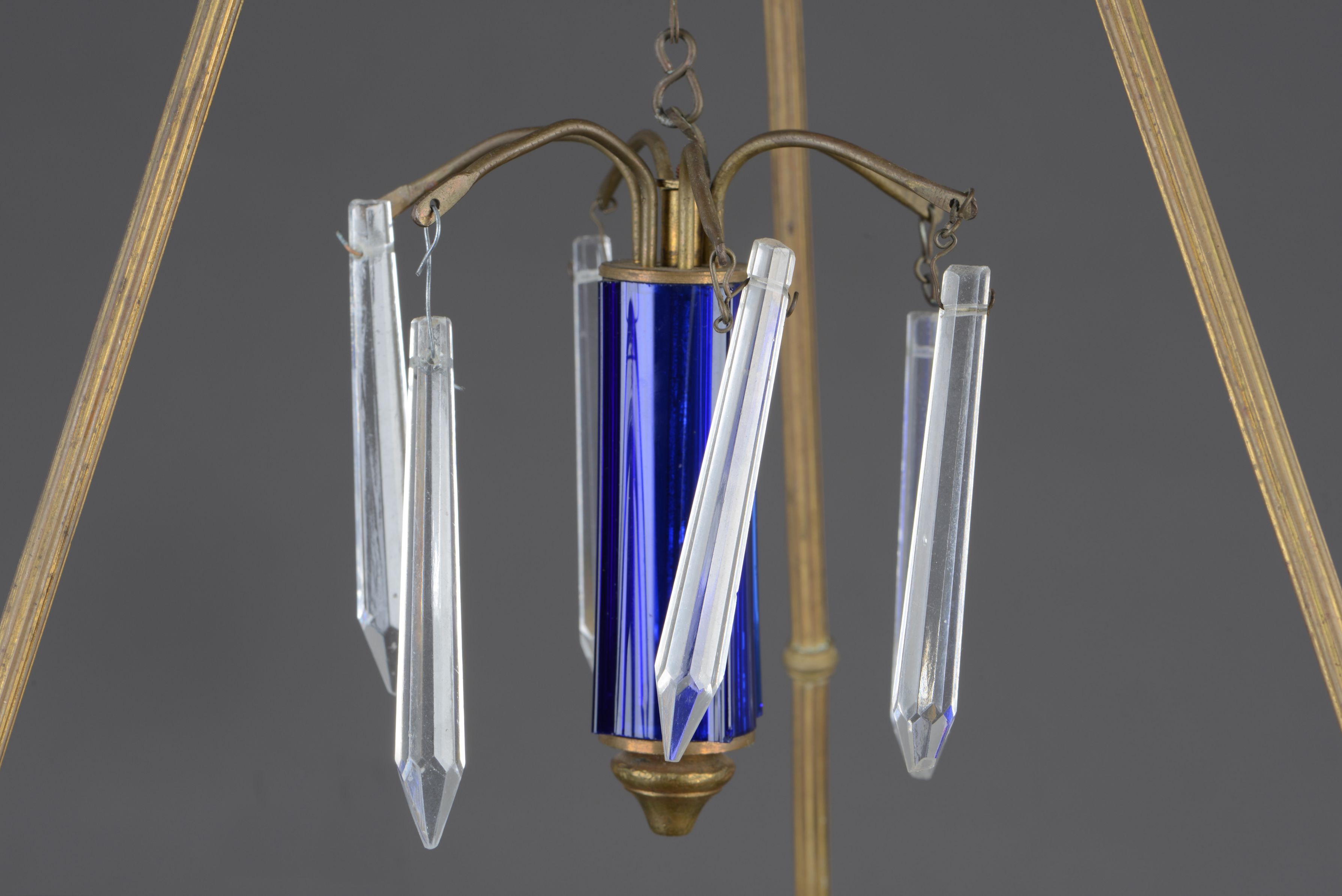 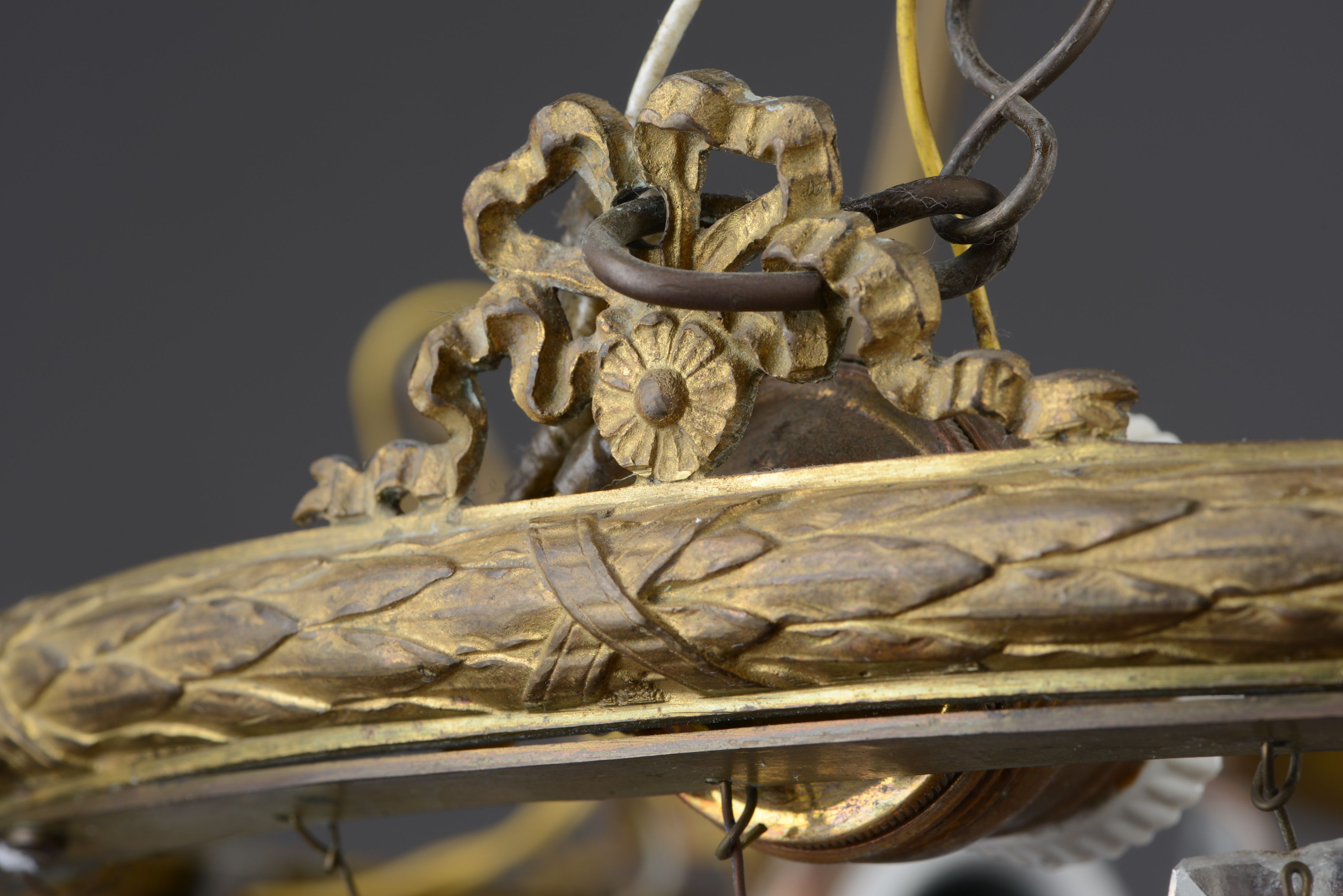 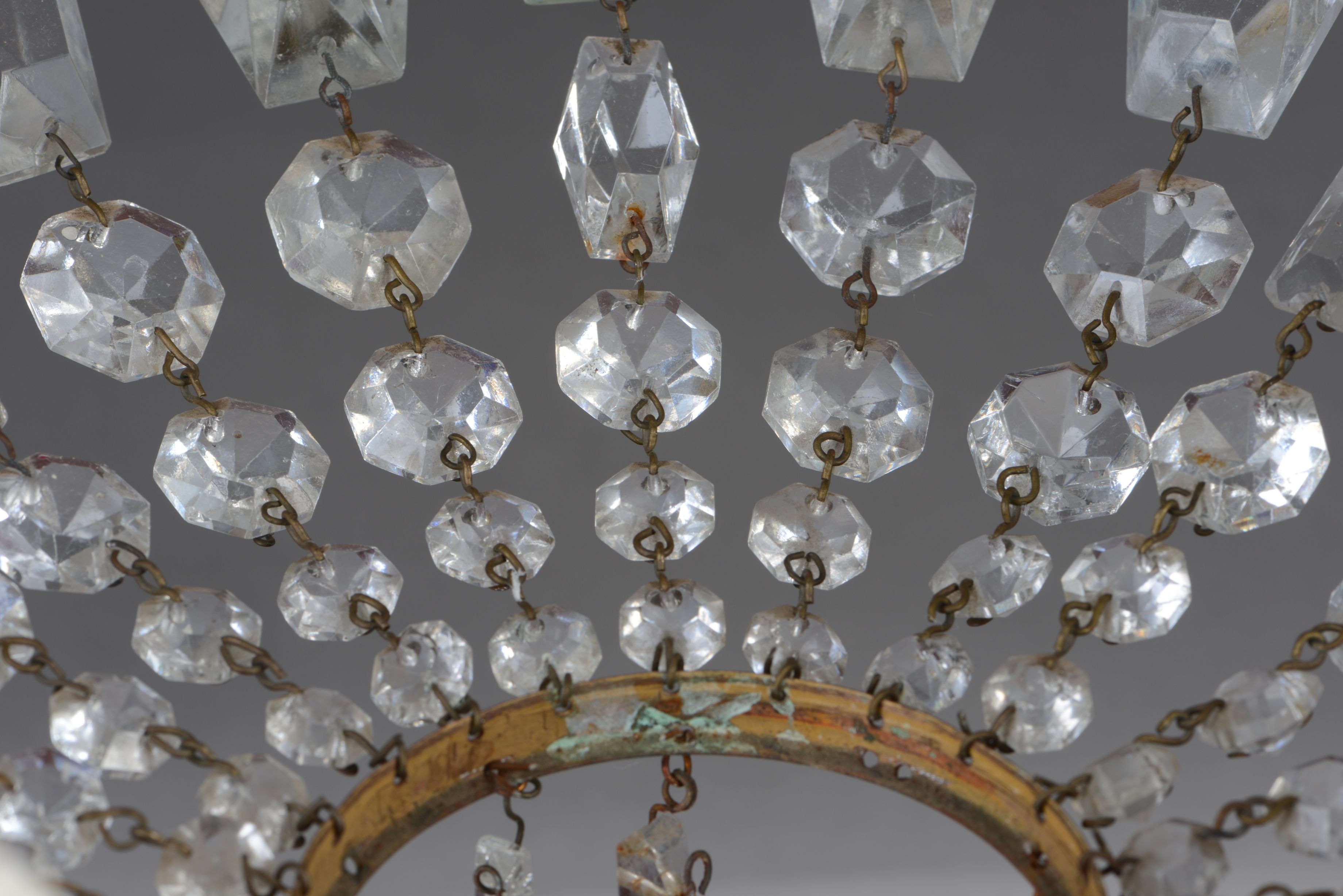 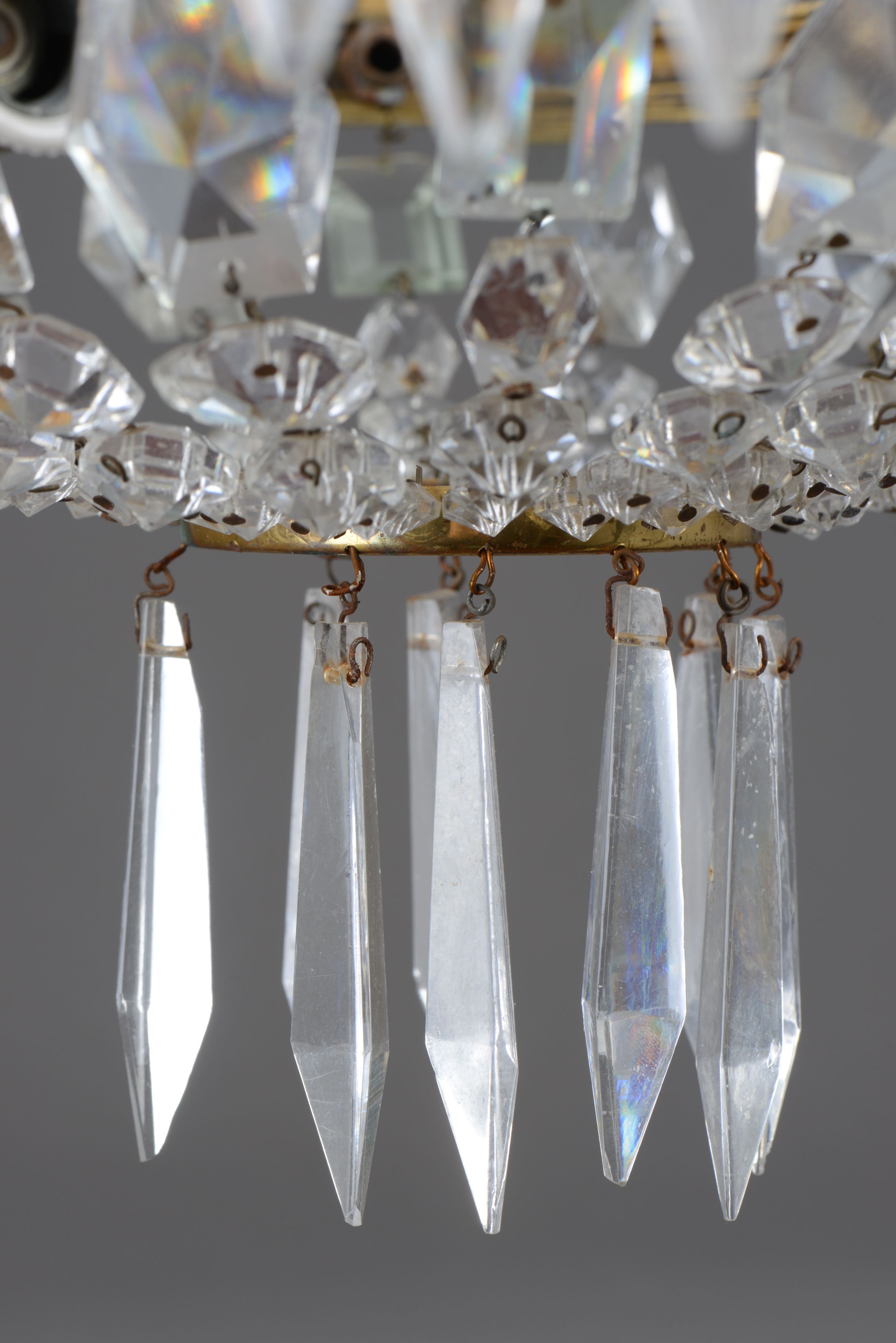 The Trakai History Museum preserves a crown-structure chandelier with a basket formed of bead strands. According to foreign historiography, such chandeliers are called basket/corbeille chandeliers, and they appeared in the period of classicism.

According to the museum, the chandelier is a property of the Apytalaukis manor. It is known that the owner of this manor, Count Česlovas Zabiela, purchased at a world furniture exhibition in Paris in 1900 a set of furniture made by English craftsmen and a chandelier made from horn (currently stored in Kėdainiai Regional Museum). Likely, a small six-arm chandelier for the manor house built in the mid-19th century could also be purchased from a workshop in foreign countries. France was renowned for its high-quality bronze wares. However, coloured glass elements were liked by masters in Sweden. The chandelier was likely made in one of the mentioned countries.

The chandelier is valuable typologically. There are solid basket chandeliers in Lithuanian churches made in the second half of the 19th – first half of the 20th century. However, a small number of this type chandelier from secular interiors has survived.