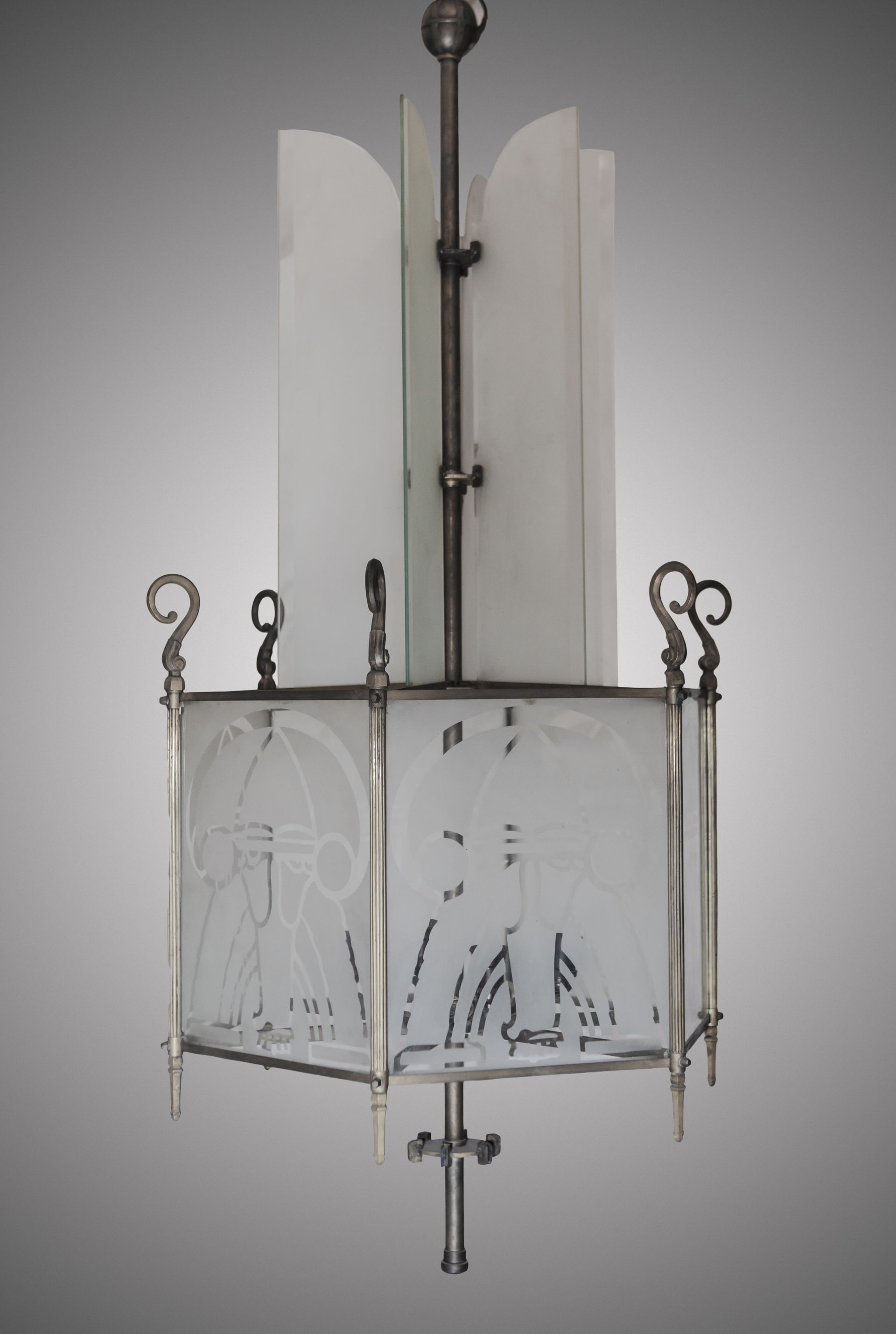 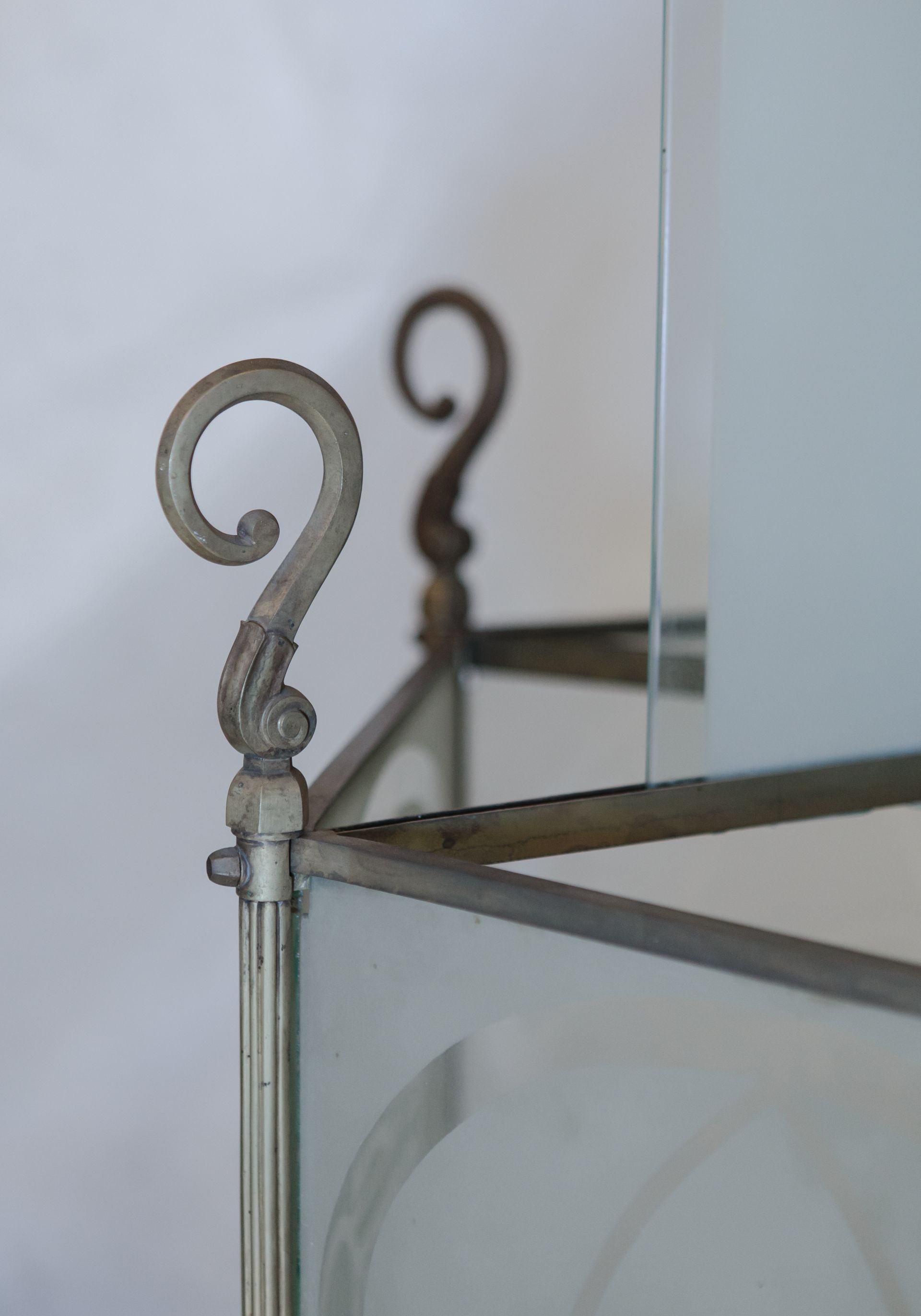 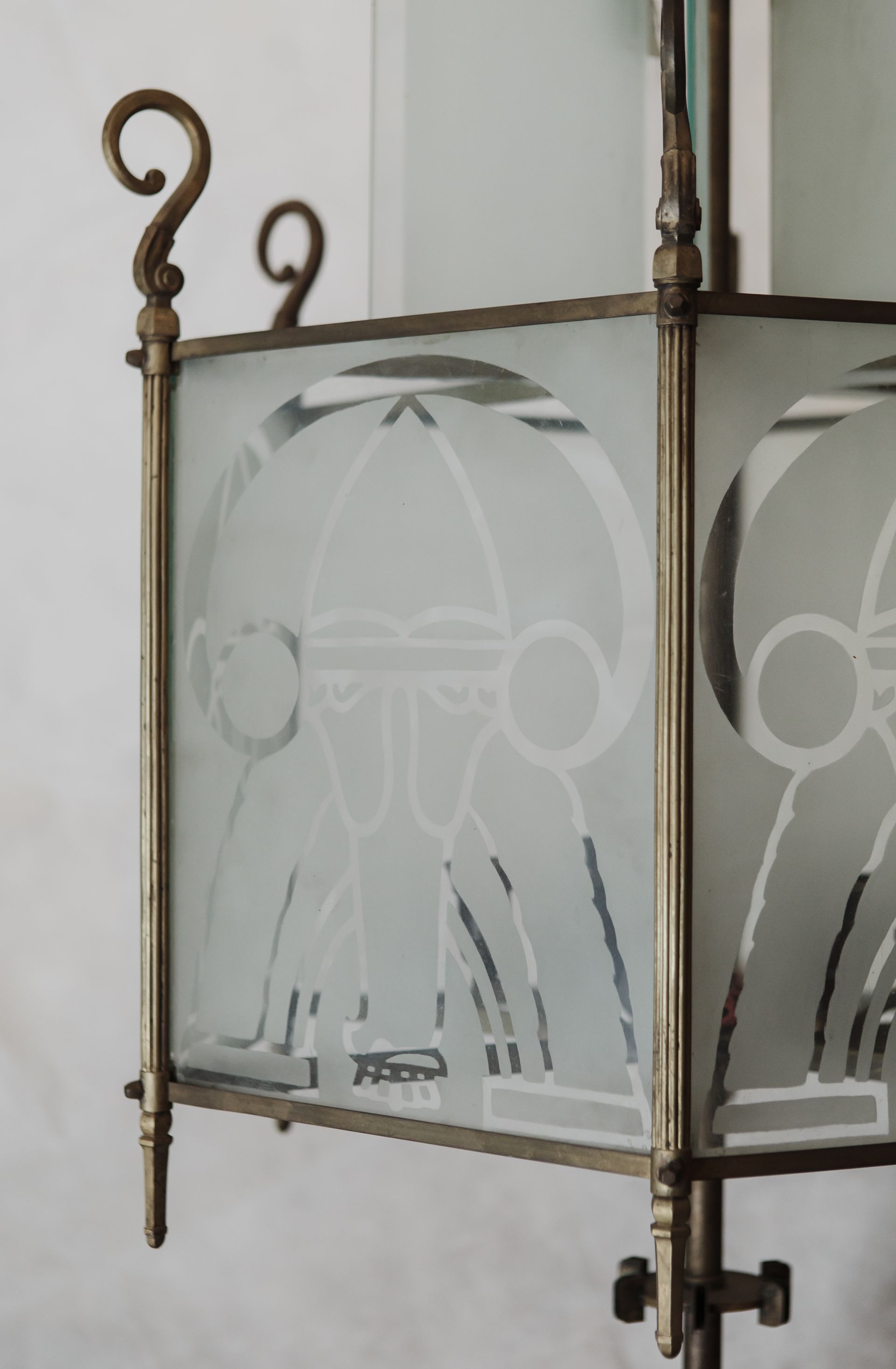 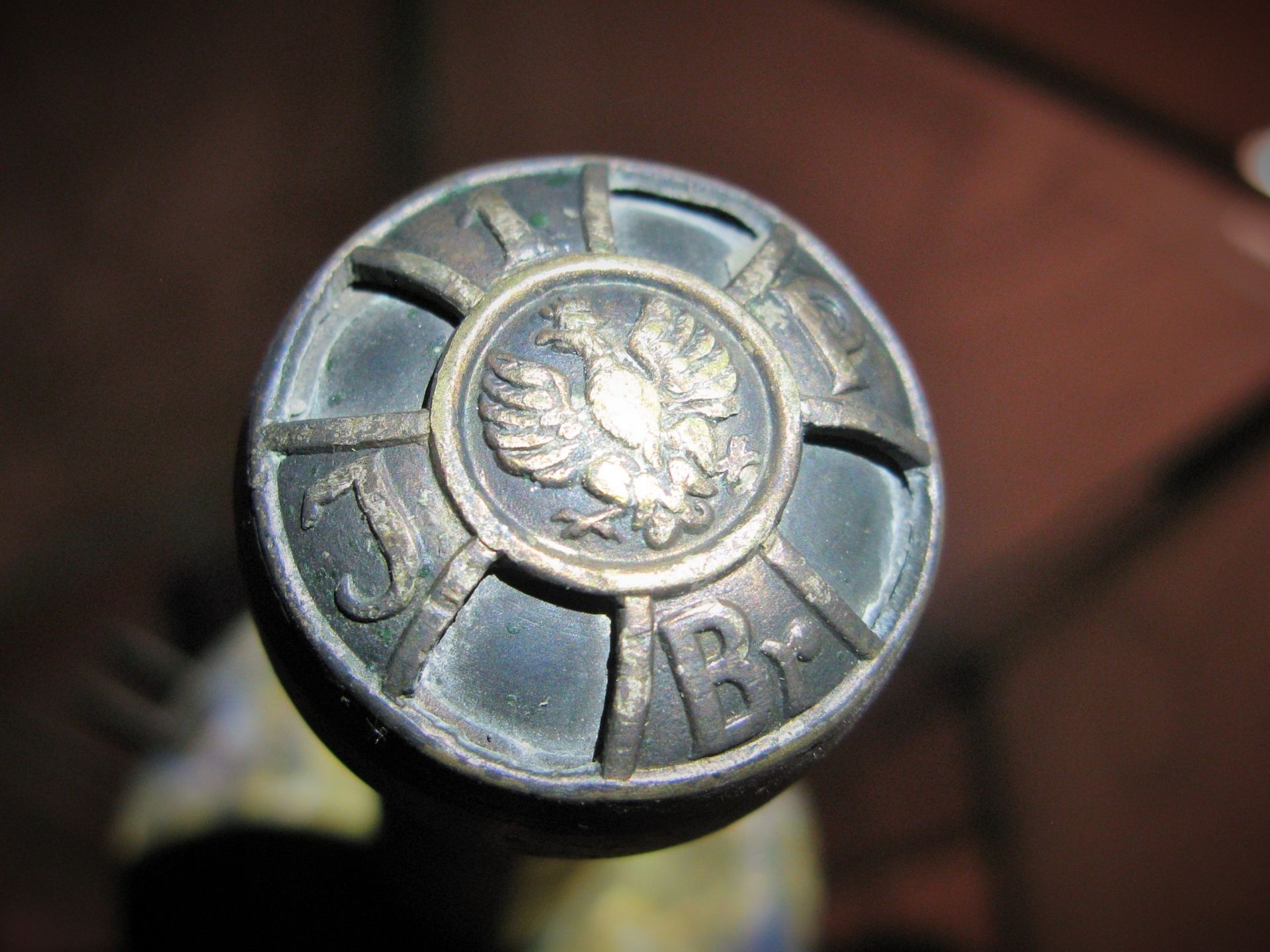 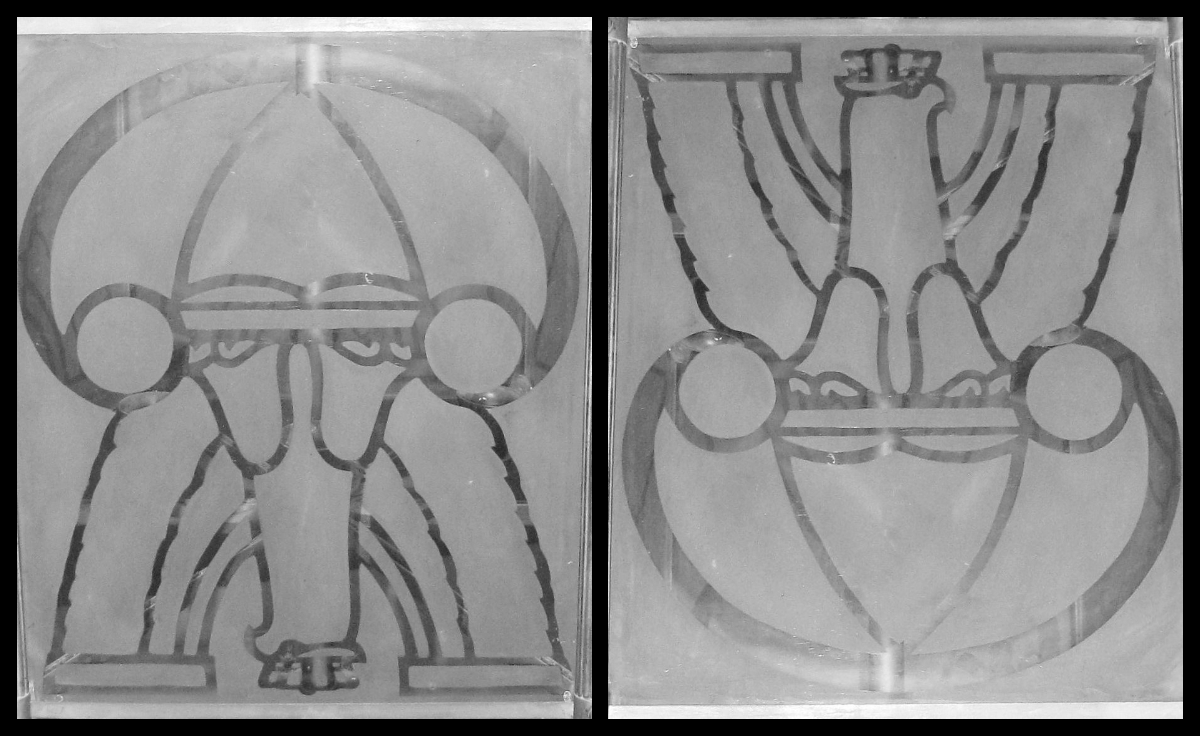 The chandelier consists of a stem and six vertically attached long opaque glass sheets surrounded beneath with a strip of six glass decorated sheets. The top of the stem next to the hanging hook is decorated with a small sphere and repoussed strips resembling a globe. The inner edges of the opaque sheets are rounded at the top. There are six empty arm plates beneath the stem. They had to receive the terminals of the six sheets mentioned above, which were previously longer and sloping below they extended the vertical lines of the chandelier. It is likely that when one or more terminals of the glass strips were broken, they were all shortened. The chandelier is surrounded beneath by six glass walls with presumably stylized elephants. However, after turning these ornamental glass sheets upside down, the original drawing – the symbol of Polish legionnaires – a white eagle with a crown on a shield* is highlighted. A military badge is also attached beneath the stem of the chandelier. It had to be fairly well visible looking upwards to the hanging chandelier. In the centre of the convex oval badge, the eagle is turned to the left and in four squares, letters P (Piłsudskiego), J (Józefa), Br (Brygady) and number 1. It is a remembrance badge of the Polish Marshal Józef Piłsudski first legion infantry regiment, which existed between 1914 and 1917 (founded in 1916).

The overlapping planes, perpendicular stretched lines of the chandelier combined with the semi-circle and circle elements indicate the luxury and modern art deco style. The chandelier preserved in the Lithuanian National Museum of Art is a professional and typologically rare ware of applied art with the distinctive attributes of Polish military history.

* A lightweight round shield with a cut-out, used in antiquity times. Badges of Polish legionnaires with eagles on the shield were used from the early 20th century to 1945.