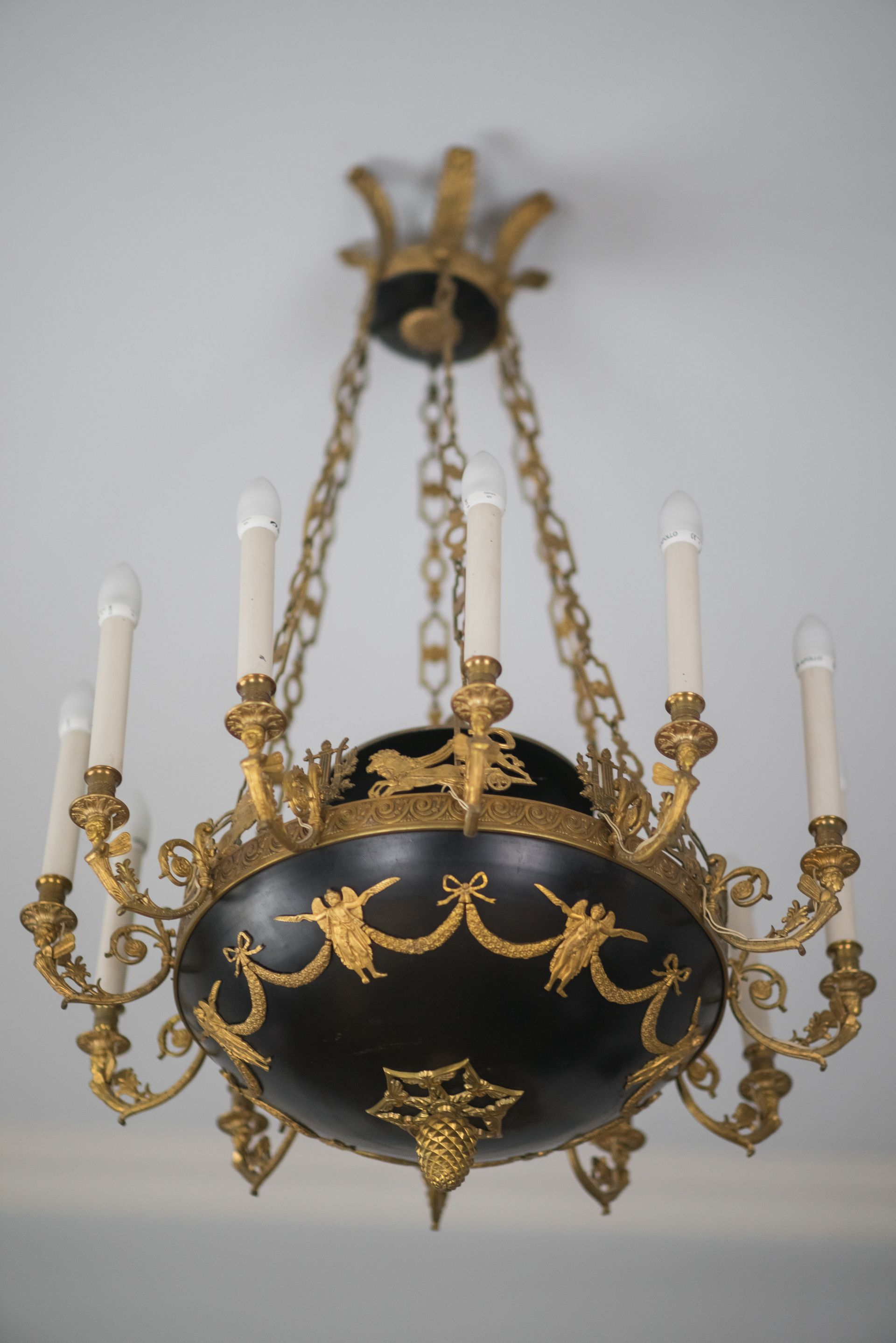 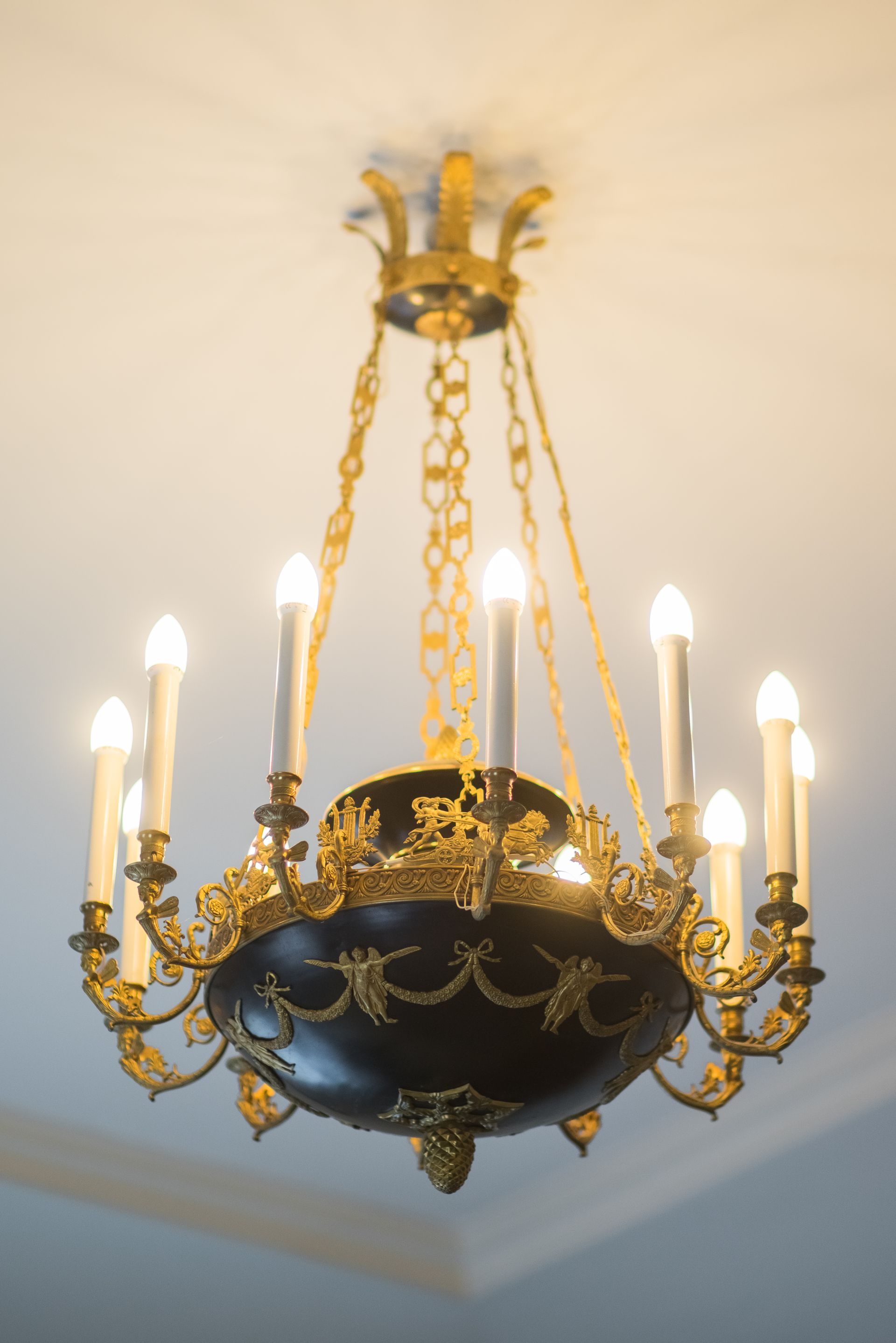 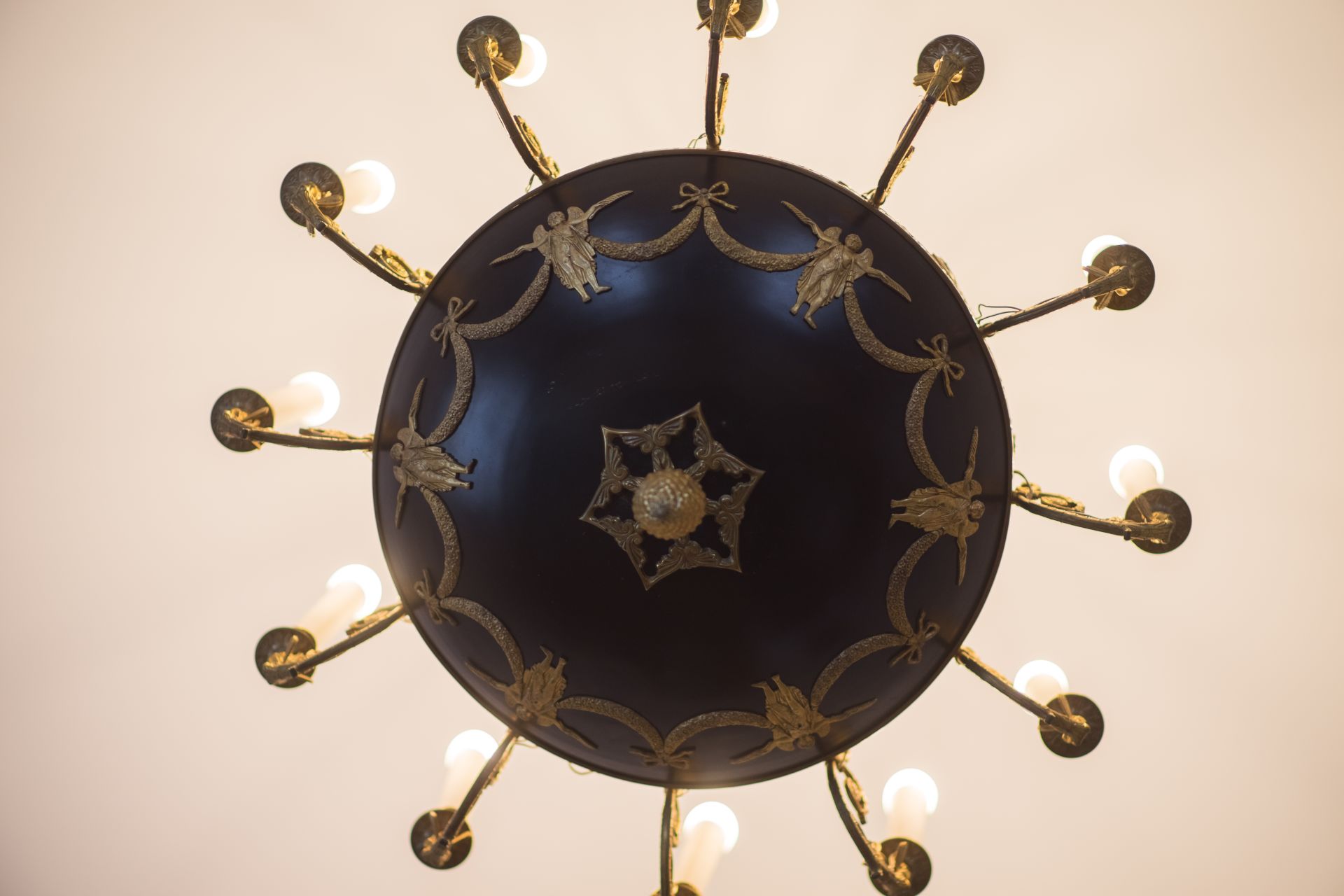 In the late 18th century, when the revival of antique art took place, another rare type of dishlight chandelier appeared [1]. As the name suggests, this type of chandelier consists of a metal, glass or alabaster (fine-grained gypsum) dish hung on three or more chains.

One of the few survived dishlight chandeliers in Lithuania belongs to the Archdiocese of Vilnius. The shape and material of the chandelier as well as the character of the ornament make it possible to state that the chandelier was made during the period of the Empire style — the 1800s–1820s. This is confirmed by similar décor motives published in 1924 by the German architect Alexander Speltz in the album of the ornaments of the Empire period [2].

The chandelier consists of a small dish-shaped rosette at the top with six pendulous chains and a black-oxidised dish beneath with 12 arms attached. This ware is distinguished from the remaining dishlight chandeliers in Lithuania by its closed shape: an additional black-painted vase emerges from the main vessel terminated with a bronze cast cone. Chandelier details are decorated with antique motifs: laurel wreaths, lyres, figures of the chariot of sun god Helius with horses, flower garlands supported by ribbons and sirens.

This chandelier, together with the chandelier (Uk 37253) belonging to the Archdiocese of Vilnius, was probably acquired at a similar time from the same workshop, possibly in France. The chandelier is a classic example of a professional work of the Empire style.