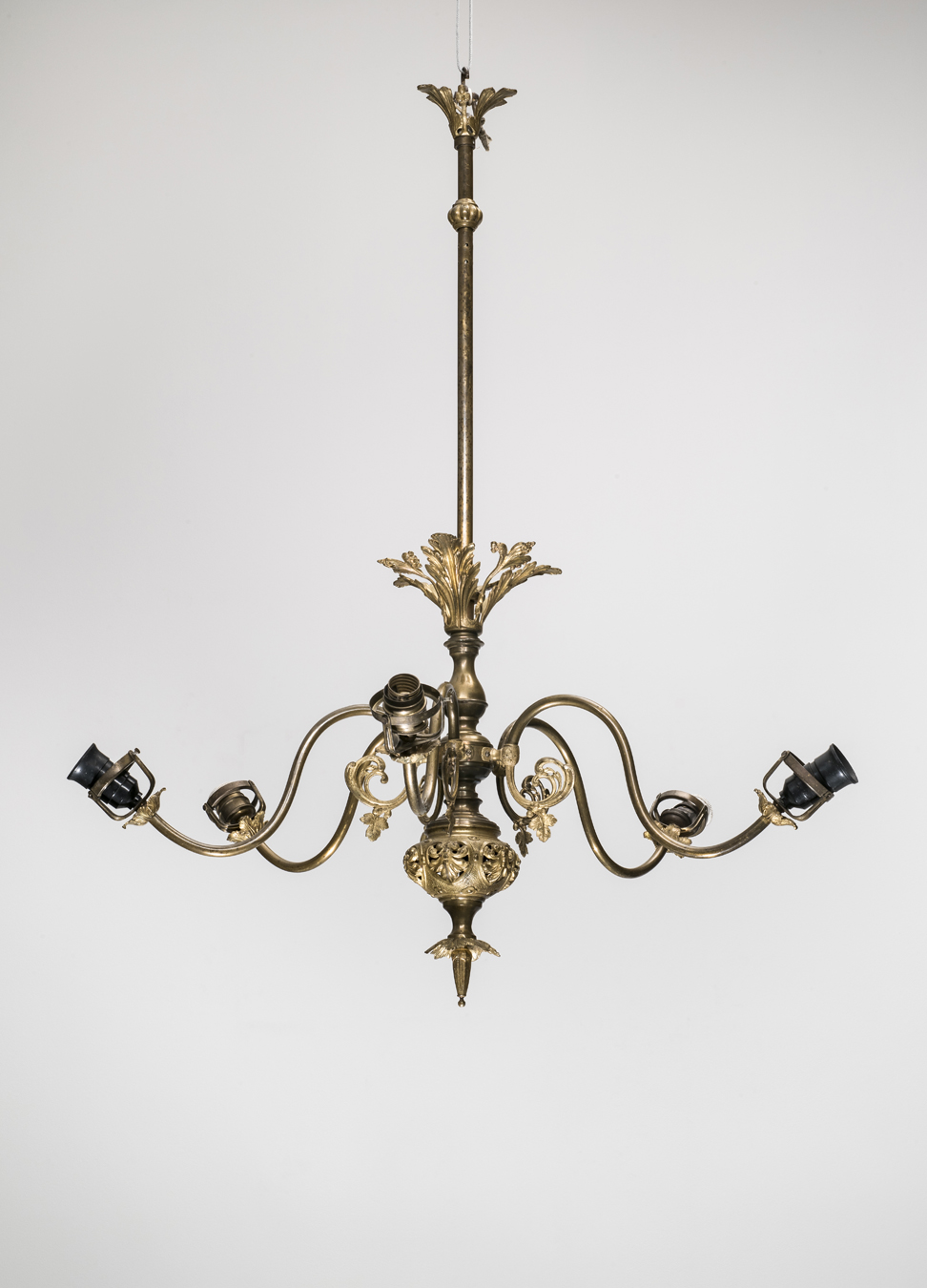 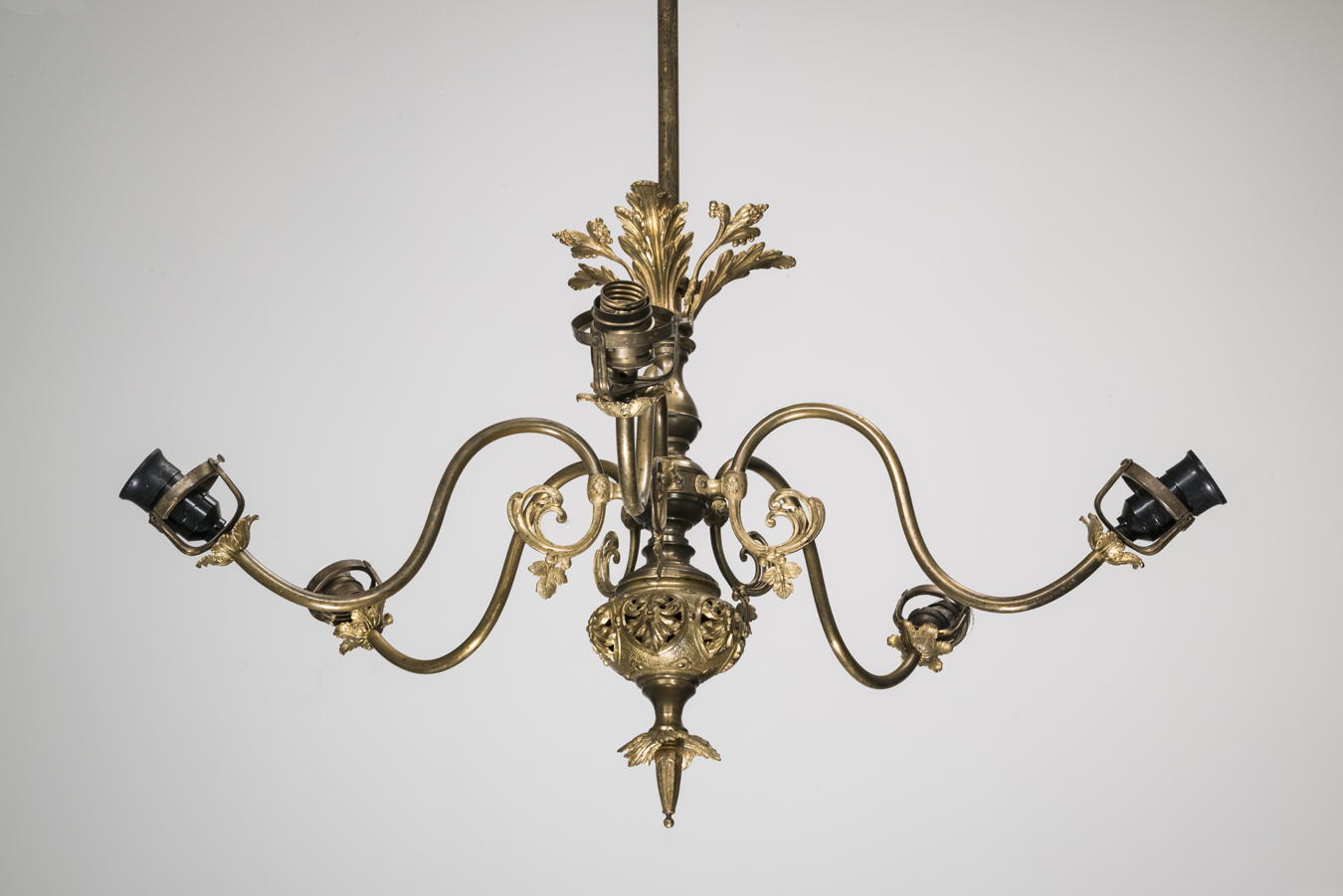 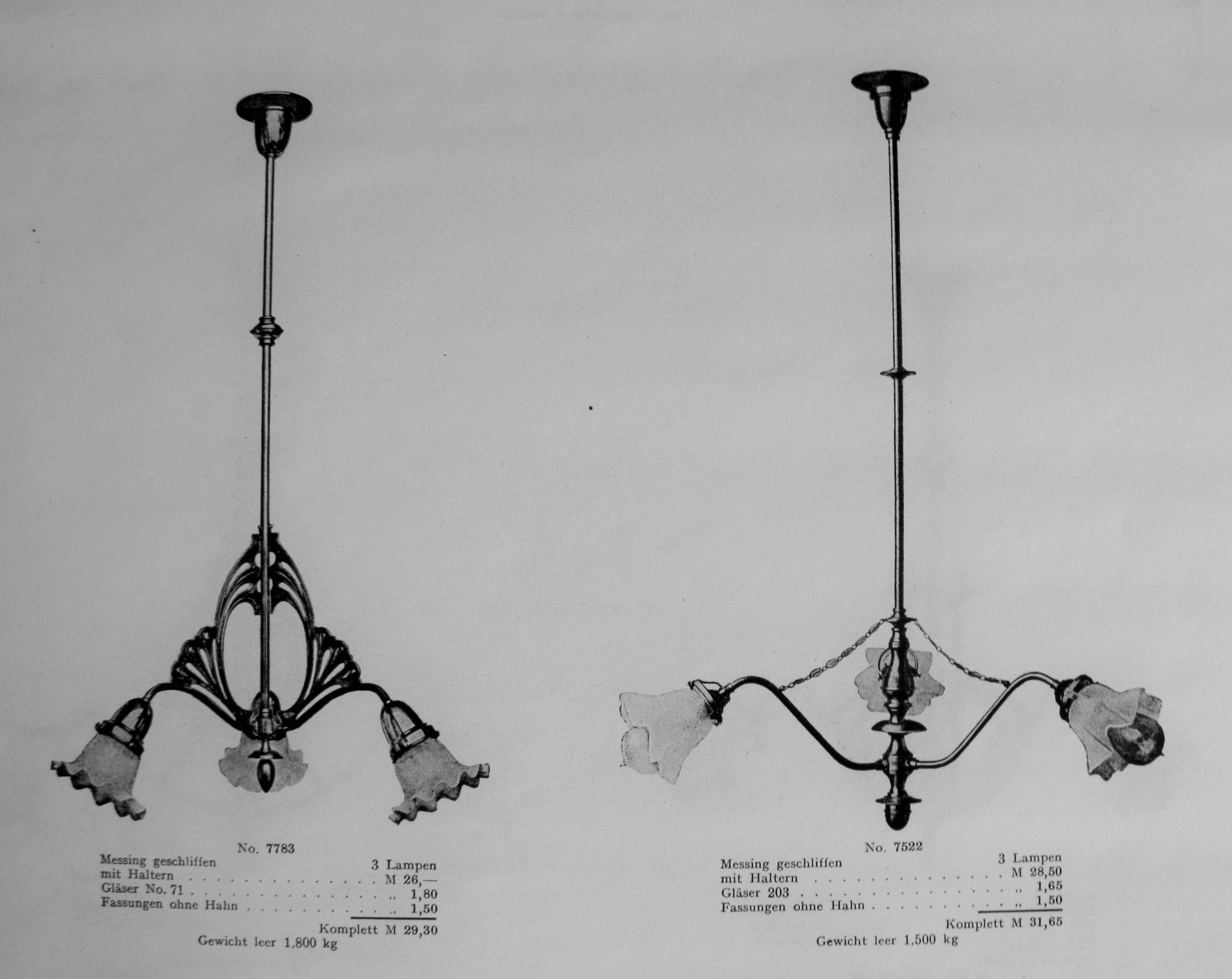 The National Museum of Lithuania

The stem-type chandelier with five arms was made in the early 20th century, probably, circa 1910. The assumption of the place and time of manufacture is made based on examples of very similar chandeliers from the Beleuchtungskörper catalogue of 1910 of the unknown manufacturer in Berlin* [1].

The chandelier in the Lithuanian National Museum, as well as the wares in the Beleuchtungskörper catalogue, are decorated with elements typical of Art Nouveau stylistics. A cast crown at the top resembling stylised horse chestnut leaves decorates the stem of the chandelier. Just below the thin stem of the chandelier is surrounded by a ‘bouquet’ of acanthus and stylised lily of the valley leaves with blossoms. Five arms of the chandelier are fixed with bolts to a larger profiled baluster-shaped part of the stem. It terminates beneath with a tracery leaf-ornamented sphere with a bud-shaped spire.

The chandelier is designed for light bulbs. The arms with sockets for light bulbs are quite long, gently curved, and pointing upwards. The opaque glass caps with wavy edges (not all of them have survived) enhance the playful feeling of the chandelier. The chandelier probably hung in a residential or public secular interior. The well-preserved art nouveau chandelier is a typical mass-produced ware reflecting the fashion in Europe at the beginning of the 20th century.